De Lambikstoempers vzw and Streekproducten Centrum Halle invite you to their …

This fifteenth edition will take place on Saturday 16th and Sunday 17th of October 2021, the closing weekend of the “Month of Lambic”, in the parking lot of the Streekproducten Centrum, Poststraat 3A in 1500 Halle, from 10:00 AM to 6:00 PM.

At the last edition in 2019, more than 650 interested parties, including a large number of foreigners, found their way to the Streekproducten Centrum to (re)discover the various flavors of lambic beers!

Once again, we will provide an extensive sample of spontaneous fermentation beers. Beers from the following breweries / blenders can be tasted:

To the delight of many beer lovers, we only serve the real lambic beers. Namely this one where 100% lambic is still used to obtain OLD GUEUZE & OLD KRIEK and where use is made of the yeast cells that can be found in the air of the Zenne valley. We are therefore proud that we can offer a complete overview of the range of the remaining lambic breweries and blenders in the region at one location.

This year, visitors will again have the opportunity to taste a real lambic, the basic brew of Gueuze. We provide three lambics, supplied directly from the wooden barrels of the local lambic brewers.

All beers are sold in 15 cl tasting glasses. This should make it possible to taste several of these beers.

Entrance to the Day(s) of the Old Gueuze is FREE.

As on previous editions, you can taste a number of exclusive beers and firsts on the Day(s) of the Old Gueuze. For example, you can taste the two home-brewed lambics from Angerik (Dilbeek), the latest innovations from Lambiek Fabriek and Tilquin (among others), our own Cuvée Lambikstoemper 2014 and 2019, Mikkeller Oude Geuze Vermouth, the Bierpallieters Fond Geuze and so on.

This year, we chose to put ‘New Old Gueuze’ in the spotlight for our “tasting board”, which has become traditional. We serve Oude Geuze Den Herberg, HORAL Megablend 2021, Oude Geuze Eylenbosch, Oude Geuze Bord-Elle and Boon Black Label n°6 on one plate. This tasting board has been specially designed to enable the visitor to taste 5 glasses at the same time and thus embark on a journey through a fascinating taste landscape.

In 2010, the first Golden Lambikstoemper Award went to De Heeren van Liedekercke, the second to Kaf’eko in Halle, the third to Boelekewis in Huizingen, the fourth to De Zwaan in Dworp, the fifth to ‘t Antwaerps Bierhuyske in Antwerp, the sixth, exceptionally to the Streekproducten Centrum in Halle, the seventh to ‘t Parlement, the eighth to Foeders in Amsterdam, the ninth to Den Herberg in Buizingen, number ten went to restaurant 3 Fonteinen in Beersel and last year the owners of De Smidse in Alsemberg were allowed to to pick up their Golden Lambikstoemper Award.

On the basis of an impressive list of catering establishments and a number of criteria (which were drawn up after many hours of discussions) and after an anonymous site visit to the proposed businesses, De Lambikstoempers vzw, in the presence of the Deputy of the province of Flemish Brabant Gunther Coppens, on Sunday 17th of October 2021 at 2.30 pm, will award its Golden Lambikstoemper Award for the twelfth time to the catering business that, in their view, has paid the most attention to lambic beers in 2021.

The Golden Lambikstoemper Award is an artistic charter with some poetry drawn up by Ludo Buggenhout.

By the way, anyone can continuously propose catering businesses via our website.

Certainly do! And… we look forward to seeing you on Saturday 16th and/or Sunday 17th of October on our Day(s) of the Old Gueuze 2021 in the parking lot of the Streekproducten Centrum (Halle).

This activity is part of the Month of Lambic, an organization of Toerisme Vlaams-Brabant.

Already for the 14th time De Lambikstoempers vzw and the Streekproducten Centrum joined forces for the Dag van de Oude Geuze (Day of the Old Gueuze), on 23-24 November 2019, on which all beers of spontaneous fermentation (based on 100% lambic) from the Pajottenland were united. 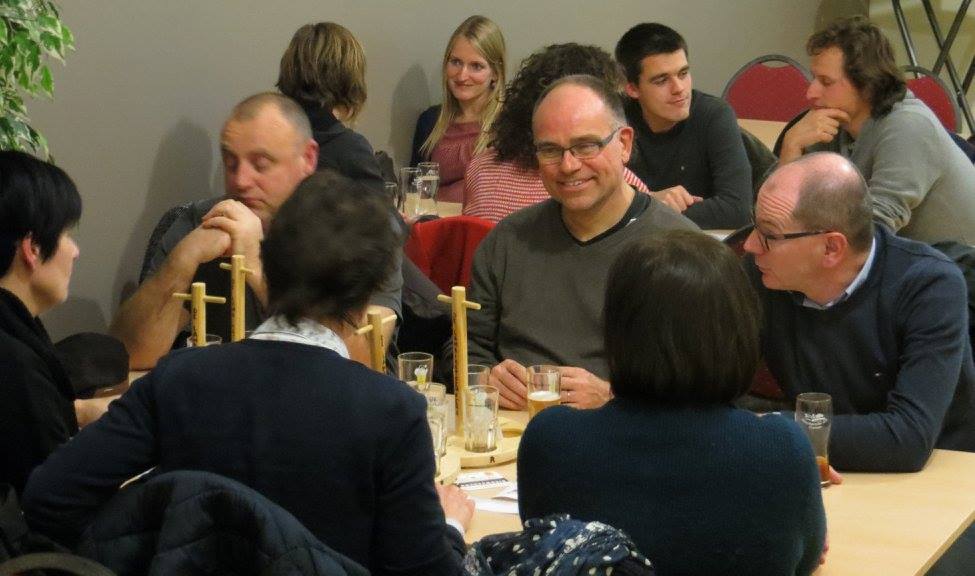 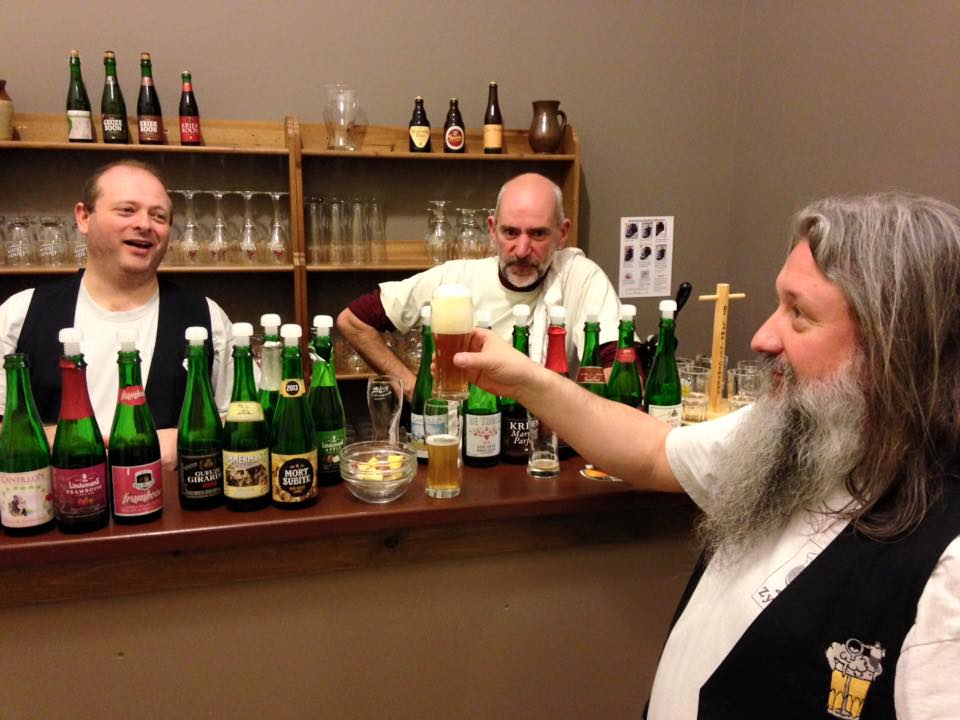 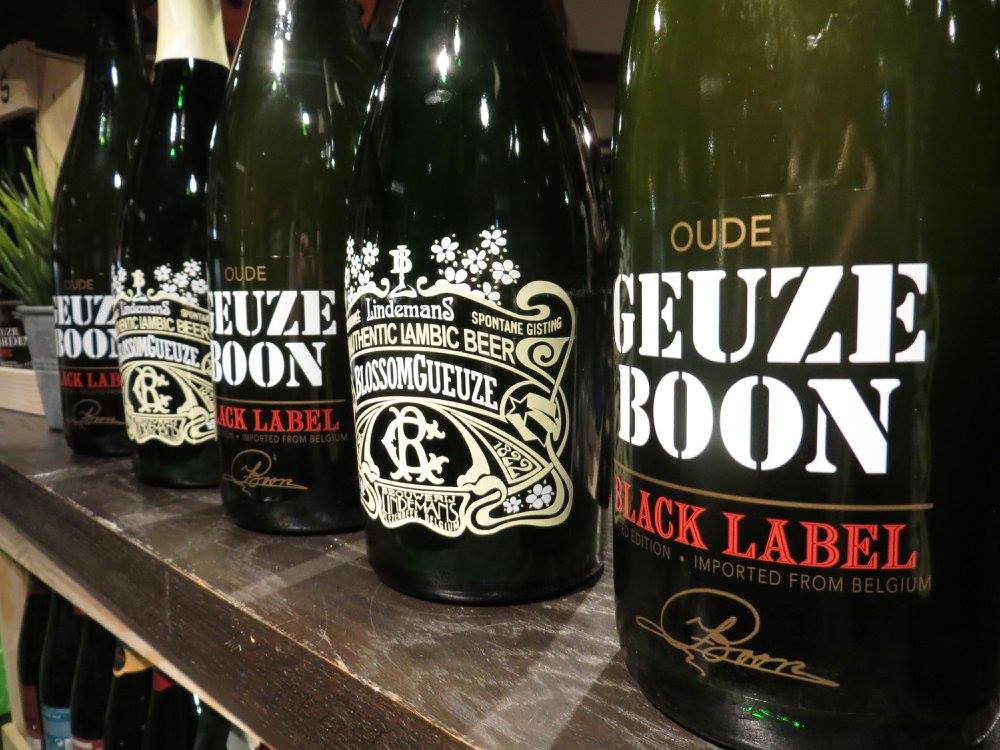 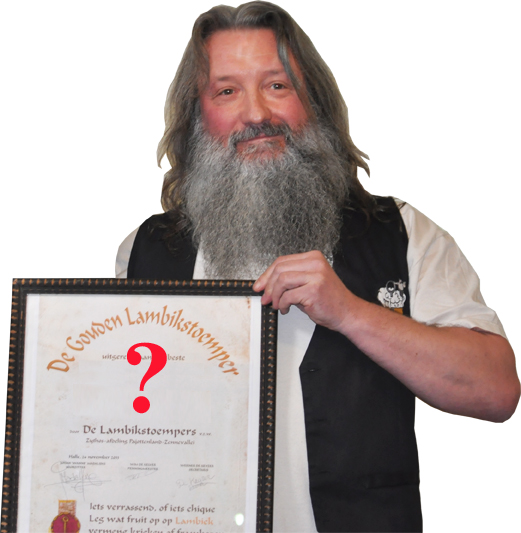 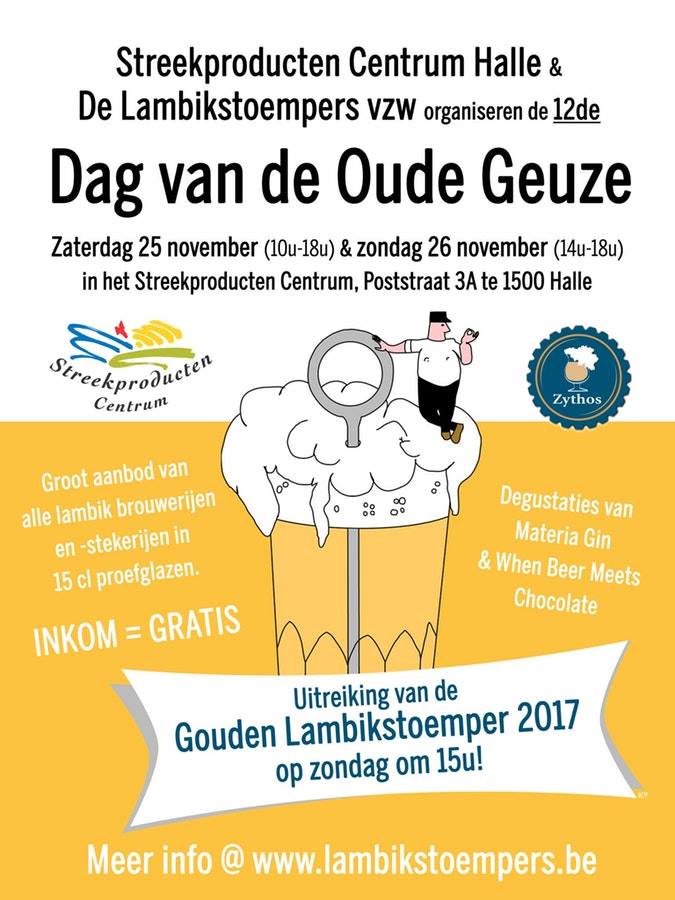