On Monday 12 December 2016 Horal vzw (High Council for Artisanal Lambic Beers) handed out the Lambic Award for the 6th time. This award is handed out to a person that in a special way defended the interests of the traditional lambic beers sector and the promotion of Oude Geuze and Oude Kriek.

This year the Winner was the 51-year old Dominiek Geers, manager of Geers Drinks at Oostakker, where all existing geuze producers from the Pajottenland and the Valley of the Senne are continuously represented.

â€œThe members of the High Council for Artisanal Lambic beers surely appreciate the dedication of the family Geers regarding the promotion and sale of traditional lambic beers, and our â€˜Oude Geuzeâ€™ and â€˜Oude Kriekâ€™ in specialâ€, according to HORAL-president Frank Boon in the visitor’s center â€˜De Lambiekâ€™ at Alsemberg, where the ceremony took place.

â€œIn this respect, Dominiek is an example for the beer retail trade. We couldn’t imagine a better Lambic ambassador this year. That is why the members of the High Courncil unanimously awarded the Lambic Award to Dominiek this year.â€

The family Geers is the sixth generation in the beer world, first as a brewer (until halfway World War II), then as bottler and (after the war) as beer supplier for its own cafes. From 1960 on Hubert Geers, the father of Dominiek, began distribution to a wider audience and deliveries in the Ghent region. 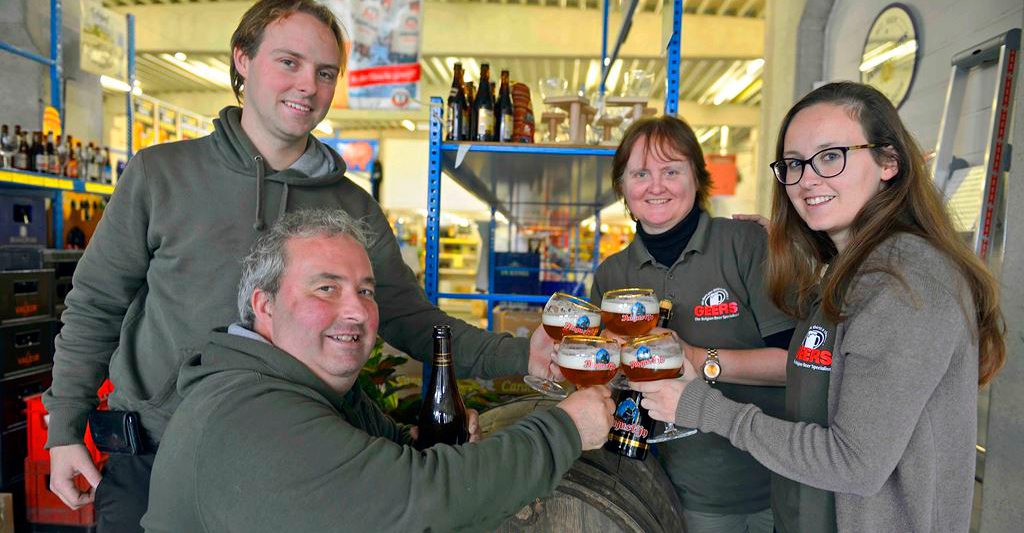 From 1980 on the offer of Geers Drinks was greatly expanded and they also paid increasing attention to specialty beers. Because of the growing interest of young clientele for Oude Geuze and Oude Kriek, from the turn of the century Dominiek decides to further broaden its range with the full range of Lambic beers. Assisted by his wife Vera and children Bert & Leen, Dominiek was able to expand his business to almost the whole of Flanders and Brussels. In 2010 he even started an export department.

Those who wants to see it all for themselves, can visit the Ledergemstraat 7 at 9041 Oostakker. More information and schedule: www.drankengeers.be