Last year more than 650 persons, among which a great number of foreigners, found their way to het Streekproducten Centrum to (re)discover the different tastes of the Lambic beers!

We only serve, to great joy of a lot of beer lovers, the real Lambic beers. These are those with a 100% lambic blend to obtain a Oude Geuze & Oude Kriek and where the yeast cells in the Lambic come from the air of the valley of the Senne. We are thus proud to be able to serve the full assortment of the 12 remaining Lambic breweries and blenders from the region in one location.

Also this year the visitors have the opportunity to taste a real Lambic, the brew that serves as a base for geuze. We provide about 3 Lambics, straight from the wooden casks of the local Lambic brewers.

Next to Lambic we also serve Geuze, Kriek, Faro, raspberry beer â€¦ and one beer that doesn’t really belongs here: our own “Servaisbier”. This beer was first brewed on the occasion of the Servais year and is a top fermented beer. A festival beer with a low alcohol percentage of 6,5 vol%. Coffee and soft drinks will be available too.

All beers will be sold in tasting glasses of 15cl. Thus it will be possible to taste a larger amount of these beers.

The entrance to the “Dag van de Oude Geuze” is FREE. 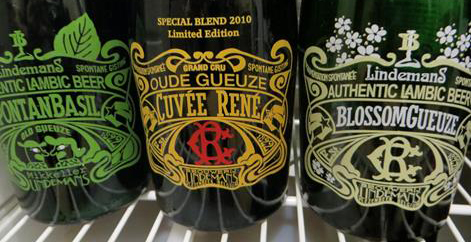 As with the previous editions you can taste some scoops and special beers at our “Dag van de Oude Geuze”.
In our (now) traditional â€œtasting boardâ€ this year we chose to put brewery Lindemans in the spotlight. This tasting board was especially designed to allow the visitor to order 5 glasses at the same time and take a visit through the fascinating taste scenery.

By means of a, by now,Â  impressive list of Horeca businesses, a number of criteria (set after several hours of deliberations) and after an anonymous visit on site of the presented businesses the Lambikstoempers vzw will present its seventh Gouden Lambikstoemper on Sunday 11 September 2016 at 15.00 to a Horeca business that, as they see it, has spend a lot of attention to the Lambic beers.

The Golden Lambikstoemper is an artistic certificate with a poem of Leo Lintermans.

Obviously this birthday can’t go by without notice. That is why there will be a market of regional products on parking area of the shop.

Johny Sterck: â€œLast year, during the presentation of the Golden Lambikstoemper, a recognition of the Lambikstoempers for the effort and promotion of a business that makes an effort to promote Lambic beers, I made a promise to organizeÂ  market of regional products with local producers like Bevers Kaashoeve, Ground Control, Belgoo Beer, Pajottenlander, Brewery Boon, Charcuterie Roosdaal, Confiserie Pacaline, Hof ter Vrijlegem.â€

Also the Halle’s radio Victoria (105.2 FM) responds to this birthday with a theme weekend about regional products. On Saturday and Sunday Victoria will transmit special live-broadcastings with interviews and performances. It will be tasty radio with a lot of attention to vendors and producers of tidbits of the Valley of the Senne and the Pajottenland. And of course you can also win a few things! 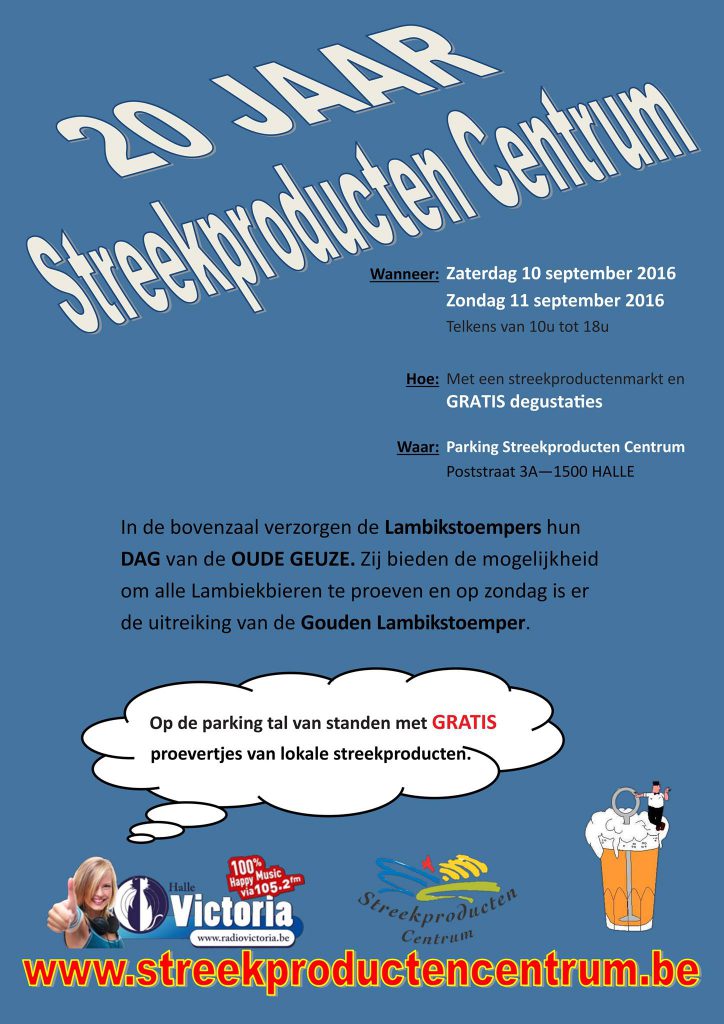