… on our Beer Weekend! 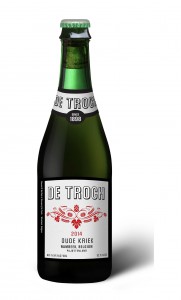 That’s right: brewer Pauwel of the De Troch Brewery (Wambeek) once again made an Old Kriek with more than 35% of Schaarbeekse sour cherries, at the request of his new American importer.

(For those who still remember it, the last ‘De Troch Oude Kriek’ dates back to the 80s!)

A large proportion (one third to be exact) will be exported directly to the United States, the rest will be distributed domestically but also in (the rest of) abroad. In total just over 40 hl is made, with lambic from March 2014, all bottled in 37.5 cl bottles.

Did you know since 2008 they use fresh (Schaarbeekse) sour cherries again at De Troch? In the Chapeau Kriek these are still getting mixed with cherry juice. Why don’t you come and taste them both next to each other, at our Beer Weekend: 29-30th of August at ‘De Lambiek’ in Alsemberg. We will welcome you there with a glass of … Oude Kriek De Troch, for example.

Â The Lambikstoempers Beer Weekend: how to get there? 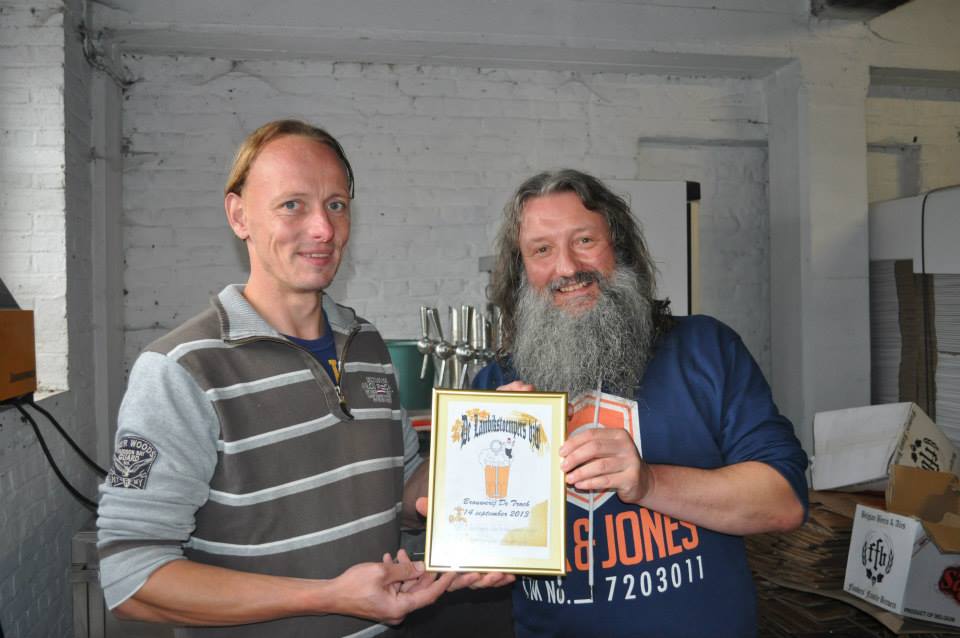 Brewer Pauwel Raes and our president Wanne, at our visit of De Troch Brewery in 2013.