For the 20th time De Lambikstoempers organize their yearly BEER WEEKEND. This twentieth edition traditionally takes place on the last weekend of august, at the Visitors Centre ‘De Lambiek’ in Alsemberg (Beersel).

Beers in the spotlight: the favorites of the board

It’s tradition we put some beers in the spotlight. This year – in view of our 20th anniversary – we have chosen to treat you to our own favorites, 10 unique (and according to us super tasty) beers in total. Come and taste them! 😉

The hungry ones can buy a local snack – a sandwich with cheese (plattekaas) & radishes/spring onions (very tasty with an Old Geuze/Kriek!), a portion of cheese/salami/mixed or a classic croque monsieur – all provided by Ouderraad Basisschool Huizingen.

Even the little ones are more than welcome to our Beer Weekend! While you taste, your children can enjoy themselves with our big coloring contest or while playing on the bouncy castle. They themselves can naturally taste a juice or water.

“Not the biggest, but the nicest beer festival” 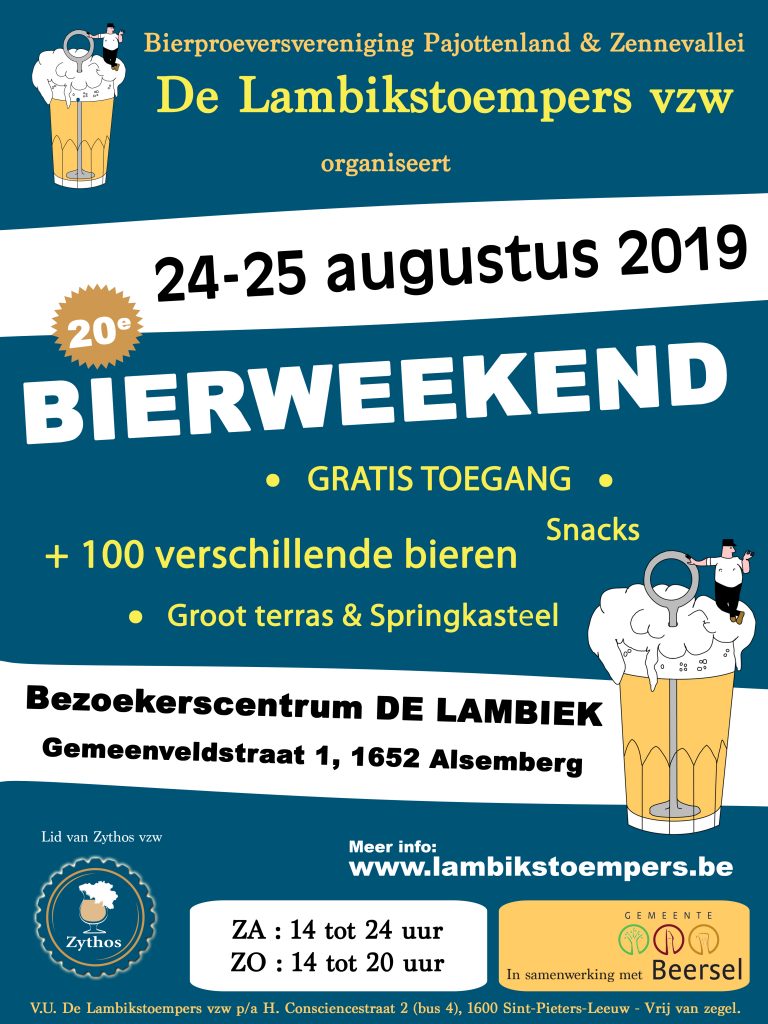 Watch the pictures of our Beer Weekend 2018