On Saturday 25 and Sunday 26 August 2018 our Lambikstoemper Beer weekend takes place – meantime for the 19th time! –, in the Visitor’s Center ‘De Lambiek’ at Alsemberg.

And yes, that same weekend there are certainly still other interesting and tempting (beer)events to go to, so it will be  a matter of combining or choosing. So we just want to lend you a hand with the latter.

At our Beer weekend you will find more than 100 different beers, among which a wide assortment of spontaneous fermented ones: Lambic, (Oude) Geuze and (Oude) Kriek. But also a wide range of top/bottom/mixed fermented beers, From all over the land, but this year especially: Brussels’ beers in the picture! >> Check our full Beer list 2018

A number of beers you can taste exclusively or for the first time at our festival. In the assortment of spontaneous fermentation there are …

… and the following for the top or mixed fermented beers:

And also the brand new beers Goyck (Varenbroek/Lindemans) and Bogaerden (Sako Brewery) are available at our counter! And ehr … gone = gone!

With us the entrance is totally free. Also the ambiance, with us you receive – inside or on the large terrace outside – is totally for free. And the visitor’s center ‘De Lambiek’ is fully free to visit at this occasion. Further on we have very democratic prices, for the drinks … and the food.

What is there to eat this year? A tasty sandwich with white cheese & radishes/spring-onions (ideal with our tasty Oude Geuze/Kriek!), a portion of cheese/salami/mixed – provided by the Parent council of the primary school Huizingen – or a sandwich with (beer!) marinated warm ham from Benny’s Pigdelicious. In short: all of it really nice.

With us everyone is welcome, even the smallest ones. While you are tasting, your children can bring out the artist in them at our big coloring contest or enjoy themselves on the BumpFun jumping castle. For the youngest (and the designated drivers) we also have artisanal fruit juice and water.

Finally you don’t have to go home empty handed. Meanwhile our Beer raffle is legendary. For a small contribution you may win very nice beer prices. (Almost) everyone wins!

In short … more than enough reasons to come to our Beer weekend 2018!

We are expecting you! 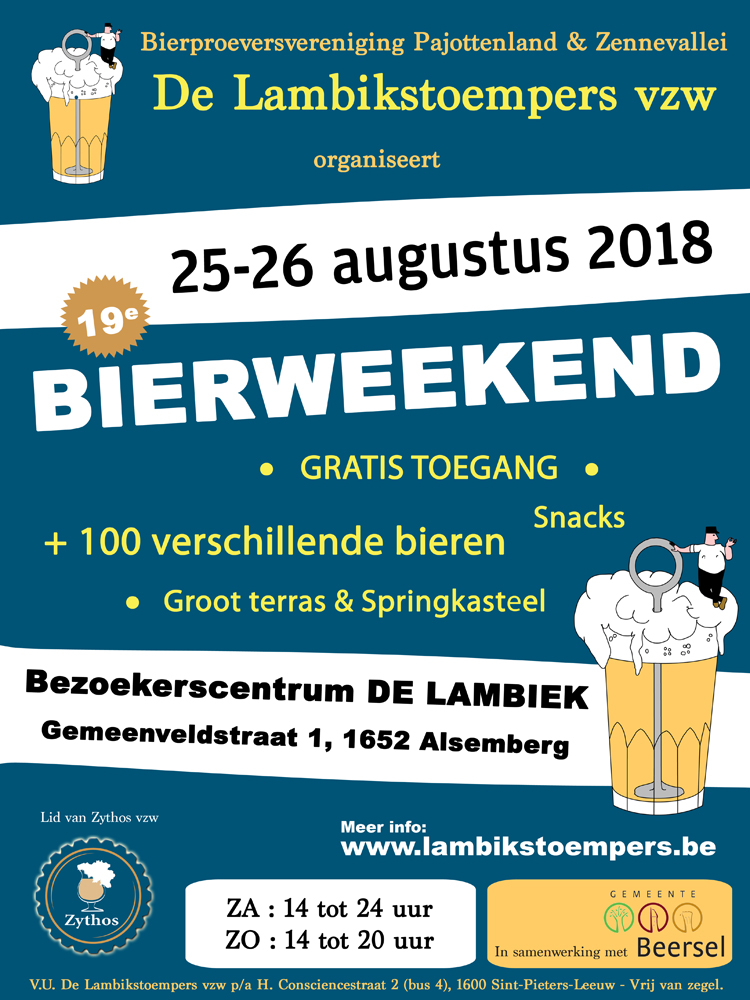 On Saturday 30th of June and Sunday 1st of July 2018, the municipality of Beersel organised a historic evocation of the bombardment of the Castle of Beersel in 1489. You could go back to the Middle Ages to experience the world of knights, ladies, musicians and craftsmen during that period. A successful activity!

At the same time a real Lambic Festival took place at the parking lot of the castle, or a colorful mix of sun, lambic beers, music, sandwiches with “plattekaas” and so on … In short a successful party! 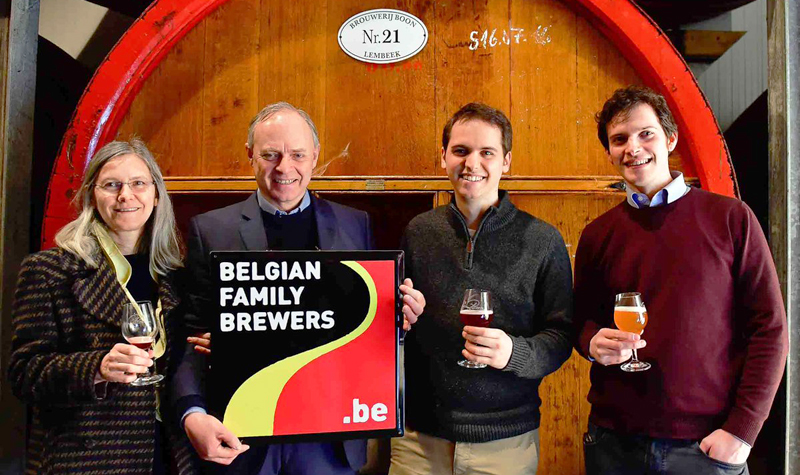