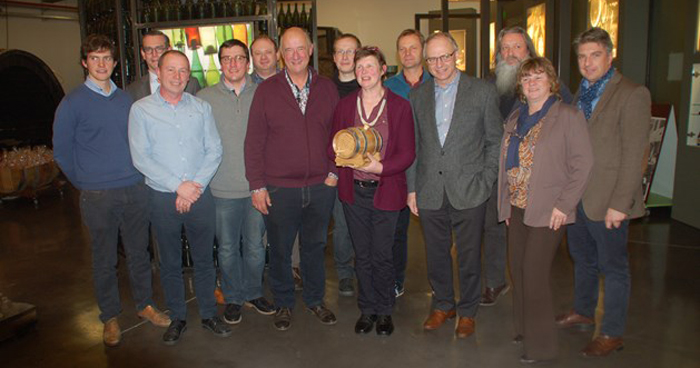 On Thursday 3 december 2015 the “Hoge Raad voor Ambachtelijke Lambiekbieren” (HORAL) handed out their fifth Lambic Award. This award is given to person that has distinguished themselves in a particular way in terms of defending the interests of the sector of the traditional lambic beers and promotion of Oude Geuze and Oude Kriek. This year Daisy Claeys, manageress of CafÃ© ‘t Brugs Beertje at Bruges, was chosen. 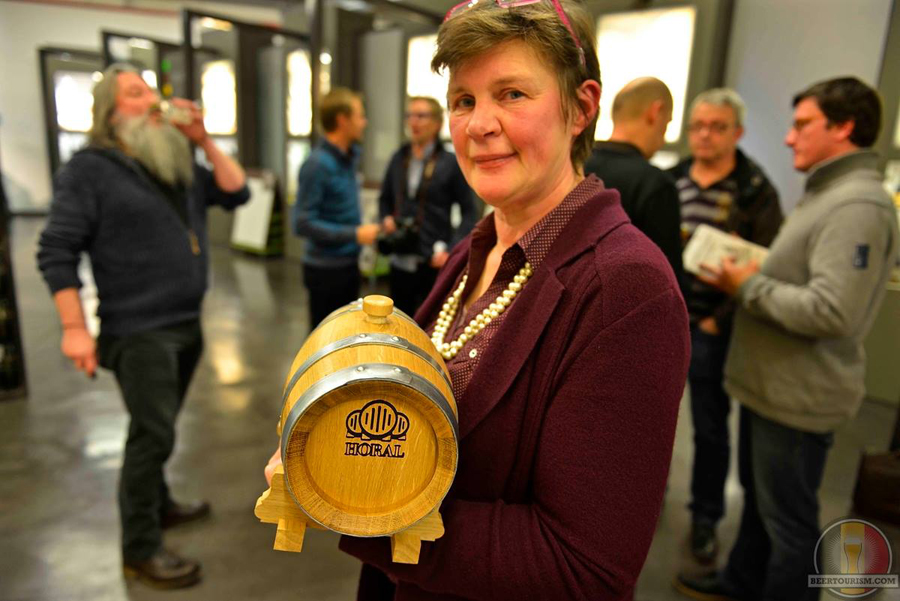 The first Lambik Award was awarded in 2011 to brewmaster Edgar Winderickx from Dworp. Second in line was honorary mayor of Beersel Hugo Casaer, followed in 2013 by the British beer writer Tim Webb. Last year the award went to Steve Isacsson of the Lambic beer restaurant Akkurat at Stockholm. 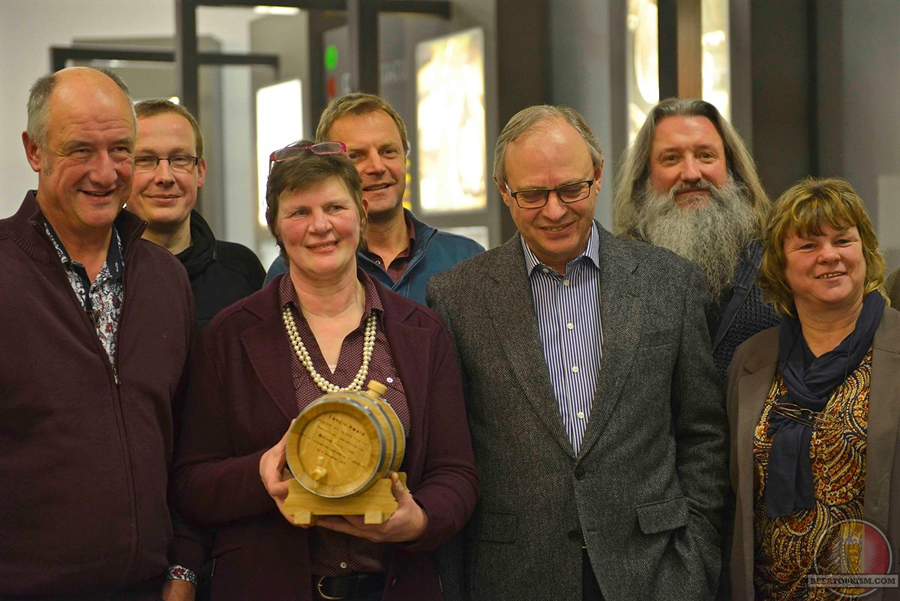 â€œItâ€™s an honor,” commented Daisy. “At the time I opted not to give ordinary Pilsners, but the specialty beers. It feels good to get recognition for this choice.â€

By the way, you can find â€™t Brugs Beertje between the Market and “het Zand” in the Kemelstraat 5, a bystreet of the Steenstraat. It is open daily from 4 pm, except on Tuesday and Wednesday when itâ€™s closed all day. During the week it is open until midnight and during the weekend until 1am. Info: 050/33.96.16, email: info@brugsbeertje.be. 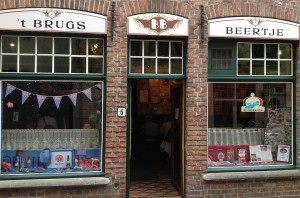 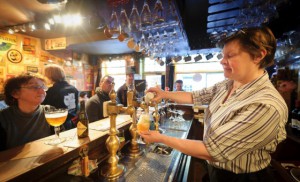