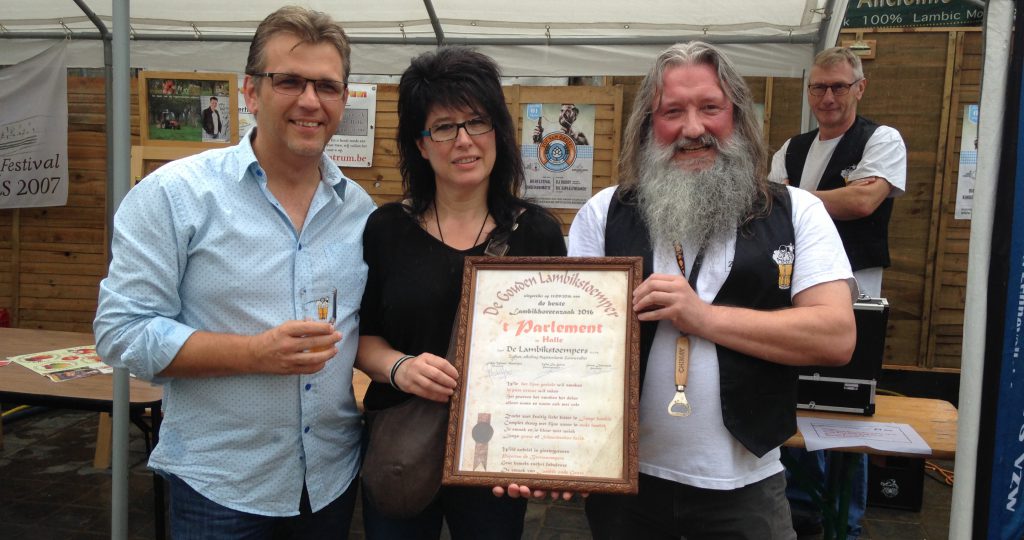 Based upon a now impressive list of horeca buinesses and a number of criteria (which were written after many hours of discussions) and after an anonymous visit on site of the proposed businesses we, the Lambikstoempers vzw, awarded the seventh Golden Lambikstoemper on Sunday 11 SeptemberÂ 2016. The award goes to a business that, to our opinion, devoted the most attention to the Lambic beers in 2016.

This year the winner is â€™t ParlementÂ (Klinkaert 10-19 at 1500 Halle), because of their nice range of Lambic beers (Oude Geuze, Oude Kriek â€¦), but also Lambic in its pure form. Moreover, all this is served underÂ  the Basilica tower with expertise and skill at which many horeca businesses would be jealous.

The others of the top 3 of this year are â€¦ On second plcae: De Kluis at Buizingen, they also have a nice range of beers of spontaneous fermentation of the Pajottenland and the valley of the Senne.

This year the bronze is for the Centrumhotel at Beersel, where you always can find a good glass of Oude Geuze or Oude Kriek.

Finally our honorable mention this year goes to Eating cafÃ© Dâ€™Akte at Sint-Kwintens-Lennik. Congratulations to all laureates!

The Golden Lambikstoemper is an artful charter provided with a poem by Leo Lintermans. 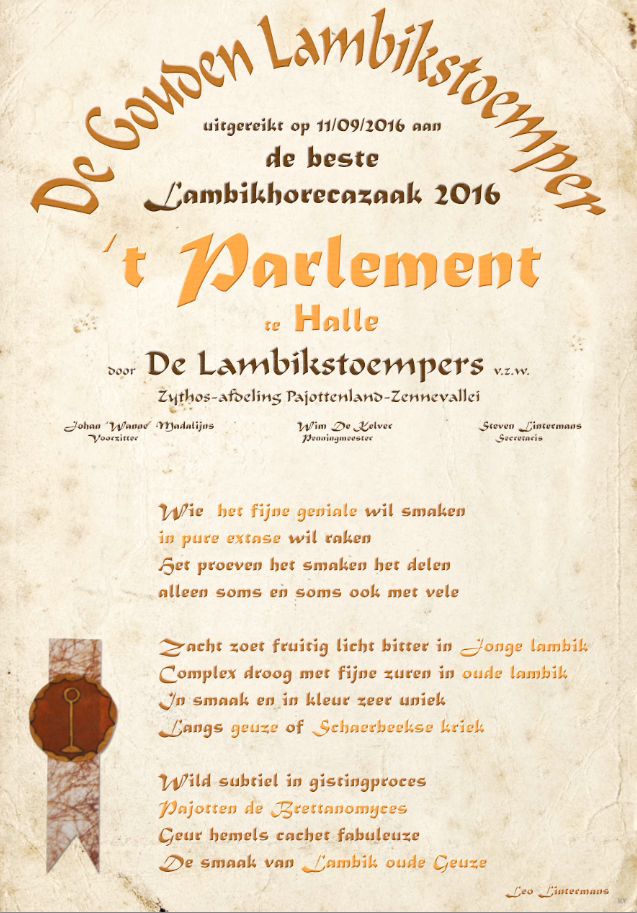 Check out the list of all our previous winners!

As always our Golden Lambikstoemper was awarded during our Day(s) of the Oude Geuze, which invariably takes place at the Streekproducten Centrum at Halle. And this year was a special edition, due to the celebration of their 20th anniversary, with a genuine market of regional products on their parking. Those who weren’t there, were wrong, as you can see in the next video …